I guess if you do something often and long enough, you get to experience all possible scenarios eventually. Leaving the conference venue due to fire alarm going on, was not necessarily on my bucket list but now I can both add it and scratch it off at the same time. It happened last week in Malmö, Sweden.

OK, I need to apologize now. The fire alarm thing was just a cheap trick I borrowed from newspapers’ headlines to grab your attention. It is NOT a lie though, it indeed happened and I’ll tell you about it at the end, but that is not what I really want to tell you. I’m writing this because I was really impressed by a few things at Øredev Developer conference and whether you are conference organizer a speaker or just looking for conference worth attending, it may be of some interest to you.

Like many good software conferences Øredev was super kind to cover travel and accommodation costs for the speakers. They were extremely patient with me while I was waiting to resolve a travel overlap with another event.

Unlike any other software conference I’ve been at, they also made it super easy for the attendees to travel within Malmö during the conference days. And by “super easy” I mean no special tickets, no fancy mobile apps, just use your conference badge!

Kudos and thanks to Emily Holweck, Tadeáš Peták and Amelia Barklid for organizing such an awesome event.

As you can deduct from the above section, Øredev has clearly made some nice arrangements with the city of Malmö. My first impression that the local authorities understand the impact the event has on the local economy and tourism, was confirmed by Malmö’s mayor who welcomed the speakers at the speaker dinner at Malmö City Hall (Rådhuset)

It was amazing! It was also somewhat hilarious at the same time to observe few ladies in evening dresses and high heels surrounded by bunch of dudes in hoodies with company logos on them ;)

Øredev is a big event with 7 tracks. But it’s doesn’t seem to be the “usual suspects” type of conference where “the big names” are invited to give a variation of the same talk year after year. I was pleasantly surprised by the great talks I was able to attend presented by very knowledgeable yet not-so-famous speakers. When a program committee has done a great job like that, they fully deserve to have their names on the wall so people can know who they are and say “Thank you!” to them. And with over 150 talks, it can be really hard to decide which one to go to. To help with that, some program committee members have posted their own trails.

Of course, as a speaker, you hope to find your talk in one of those trails and it’s a bit disappointing when you realize it’s not there. But then, when people fill up a room called “Cryogenic Chamber” regardless and press the green smiling face on leaving it, it’s even bigger satisfaction.

And since this is the section about talks, let me tell you which ones I personally enjoyed the most:

It’s not the first time I see conference printing the schedule in a book format. But the ones I’ve seen so far were kind of a guide books. At Øredev it was more of a logbook. Small change in the concept apparently makes a big difference. The idea to have a dedicated page per time slot, where attendees can make notes about the attended session, seemed to work out very well for a lot of people. I was surprised by the amount of people actually taking notes during the talks!

In the past 4 years I’ve received all kinds of gifts from conference organizers. From power banks and tiny bluetooth speakers, through nice books and travel guides to bottles of wine and olive oil that are impossible to bringing back home without checking in the luggage at the airport.

At Øredev I was given a big white envelope which, being busy talking to some attendees, I couldn’t open immediately. Imagine my surprise later on that day when I discovered one of the best gifts I’ve ever received inside: 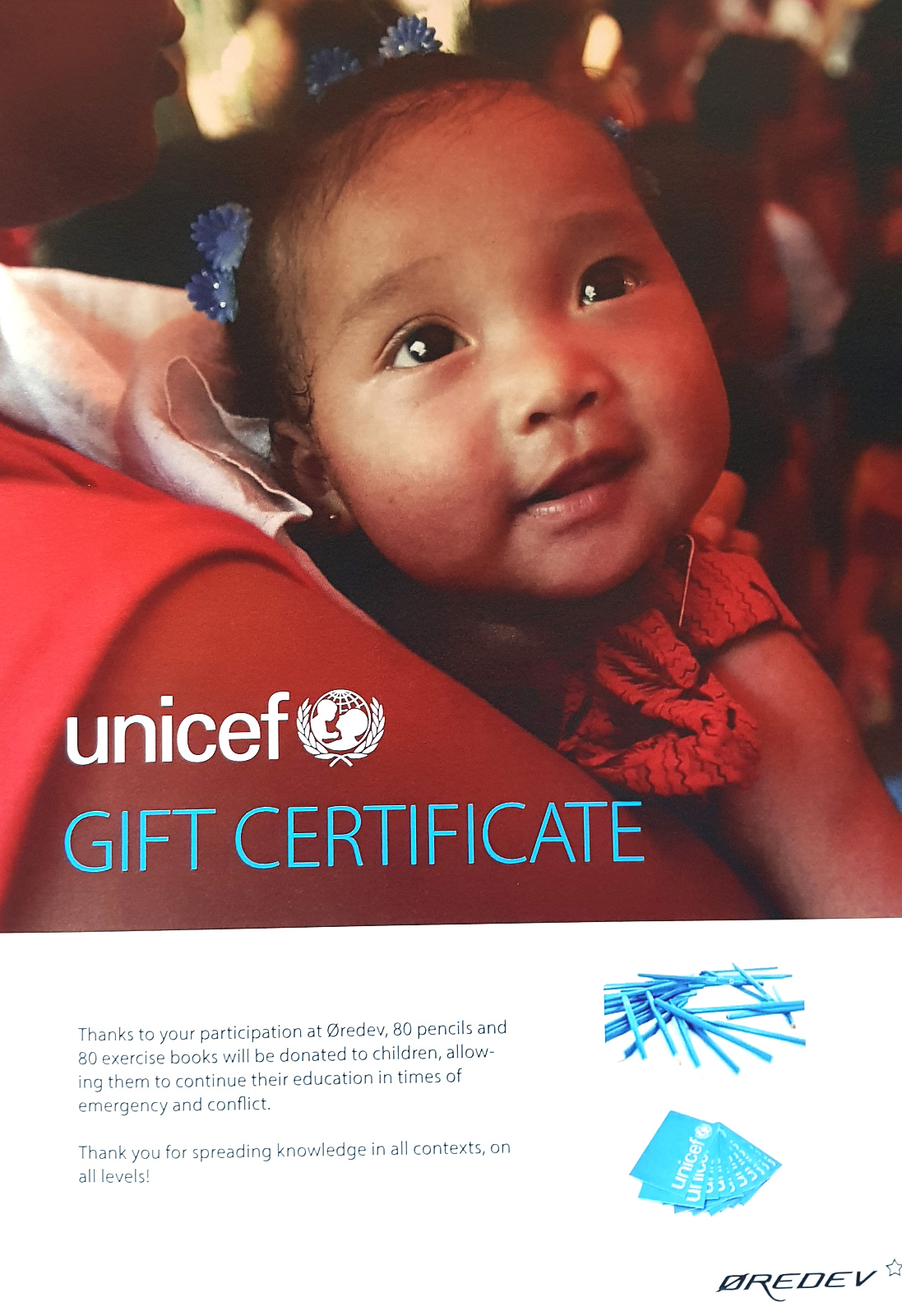 Well, as I said, it did happen. During the evening reception. There wasn’t actually a fire though. But something (perhaps the fog machine) triggered the alarm and we had to get outside and wait for the fire department to come and let us back in. There was no panic, no one got hurt (AFAIK) and in was only about 15 min before we were back in. I personally used those 15 min (and more later on) to have a great discussion with Martin Rosén-Lidholm and learn about the personalities described in apparently controversial “Surrounded by idiots” book.

« The fruits of our labor Would you attend one of those talks? »